To evaluate draft eligible CHL forwards, I created a point prediction model called NHLP which predicts their career season point totals in an 82 game season. In  previous posts, I applied the NHLP formula to every CHL forward selected top 10 overall in the draft since 1998.

To continue along in the series we now look at the players selected 11th to 15th overall. The results are broken down into total points and non-power play points. 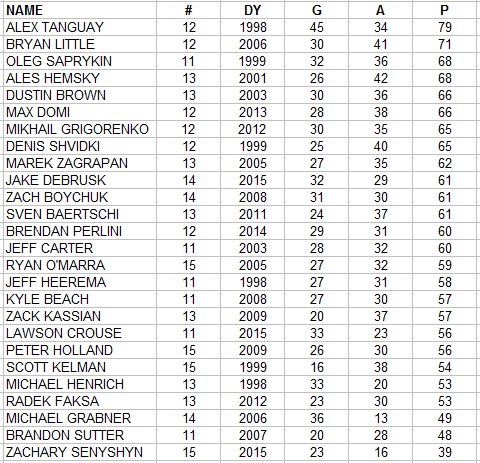